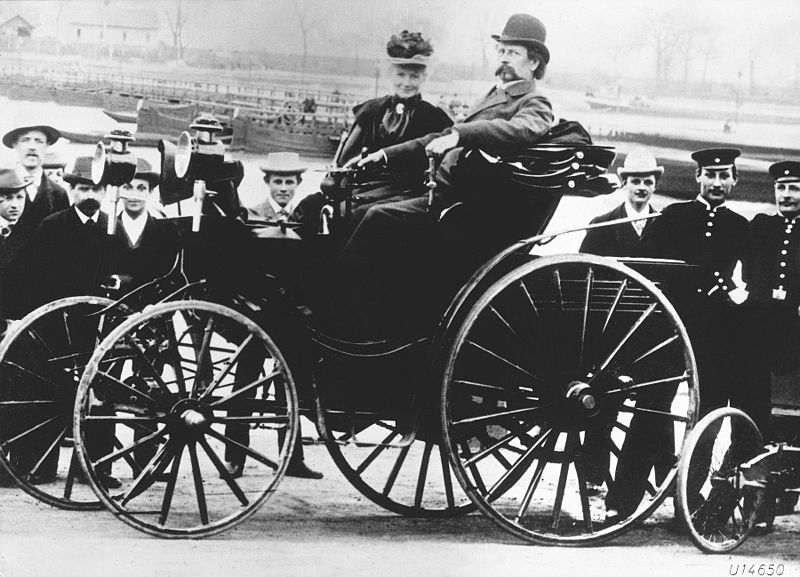 Ever since humans decided that it is easier to ride instead of walk, we have had one form of transportation or another. Cars, as we know them today, are just one of the most recent forms of conveyance, moving humans and their goods from one place to another. The history of the automobile is actually entertaining. How about a little car trivia time?

Did you know that the very first car was invented in 1886 by Karl Benz? However, it was Bertha Benz who actually brought it to the public. You see, no one was really aware that Karl had invented a three-wheeled motorized carriage until Bertha snuck off with his invention. Bertha packed up the kids and headed out on a 65-mile journey to see grandma!  During her trek, with her children in tow, the automobile had a few hiccups. Bertha was able to fix a few minor problems using hairpins and even her garter belt. The kids even had to get out a few times to push the car up steep hills. What a show it was for everyone who saw them puttering around the countryside. Now the cat was out of the bag and people started asking how they could get their hands on one of these machines.

Between 1886 and 1908 there were several styles of “horseless carriages” being purchased by the elite of the day. People of lesser means continued to either use horses or walk. Then came Henry Ford. Ford had a personal vendetta against horses. The young Henry had been thrown by a horse. on another occasion, he dragged by a horse and suffered severe injuries as a result.  After the invention of the Model T, Ford wrote in one of his journals, “The horse is done.”

Did you know that Ford created eight different models before the Model T? The Model T became the car of the middle class. The price for a Model T in 1925 was $250.00 dollars.

Today, people sit an average of 72 minutes each day in their car. From 1908 forward, people increasingly began spending more time in their cars. Buyers started looking for more conveniences and comfort. Now for the accessories boom… .

In 1921 the first cigarette lighters were introduced and in 1930, radios were being installed in cars. The public could now enjoy radio programs and Big Band swing as they cruised the roadways. Then came power steering in 1951, followed closely by air conditioning in 1953 and cruise control in 1958. Seatbelts were first introduced in 1959. However, it was not until January 1, 1968, that it became Federal law that all transportation vehicles must have seatbelts.

Over time, drivers got tired of having to listen to what the DJ’s on the radio chose to play. Thus, the cassette player was added as an accessory in 1970.

Hope you enjoyed a little car trivia time to break up your day a bit. There is so much more to the history of the automotive industry. There is both humour and intrigue as rival inventors spare no punches or underhanded tricks to make their mark on history.

Should you have any questions or need a check-up or repair, feel free to contact Southside Auto Repair for all your car care needs!